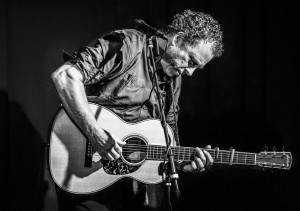 Nathan was awarded the top prize for best score at the this year edition for his work on The Day After Stonewall Died, the short won the Best Short at the Cannes Short Film Festival in 2014

The upcoming European release of his new album, a collection of songs about working in America, in tandem with Lucky Dice Music.

Here is what Nathan has to say about himself…

The first album I bought myself was Neil Young’s Harvest and I still think it is the greatest single album ever produced.
My only guitar teacher and mentor was a man named John Bowie. John died in 1977 at the age of 27. I borrowed John’s copy of The Rolling Stone’s Let it Bleed for over a year. I still miss him. I learned to play blues by listening to Lightnin’ Hopkins and Sonny Terry and Brownie McGee. I learned to write lyrics by reading Jack London, William Carlos Williams and Frank Herbert.

By the time I was 25 I had worked as many jobs as a gypsy laborer. I never paid attention in school. I went to college for a year and made a real mess of it.

During the 80’s I played acoustic music all over the country and in Canada with my partner Susan Shore. We had a wonderful band from the Iowa City/Cedar Rapids area dubbed the Honky Tonk Dogs. We put out two albums; one on Flying Fish records and one on an independent label called ROM Records.

In 1991 I moved to Nashville, married Leslie, had a great band we called “The Boot Licking Weasels” or “Art Fuch and the Art Fuchs”.  I recorded an album with Richard Bennett that has never seen the light of day. Things went sideways.

In 1993, or 1994, I gave up singing and playing and writing. I gave up reading poetry. I gave up listening to all music that wasn’t current and easy. I gave up Jazz. I gave up riding my road bike. I took a variety of jobs culminating in a position with Bellsouth Mobility. That job lasted 13 years.

I played the guitar for the first time since 1995.

What I did on my summer vacation. I got laid off.

He writes love poems that look like something else. I, too, can only write about love by surprise or accident. That said, my father has written the most plainly elegant love poem ever, “To Dorothy”, to my simply elegant mother. Read down to the bottom of the page and see if you don’t agree.

I wrote a song called “Blackbird” for Leslie. It is there at the bottom of the page. Fathers and Sons, eh?

I know my limitations. I can’t write poetry. I don’t play jazz. I can’t be told what to do, or to change, or what to learn. Polite society causes me to be particularly blunt. I am afraid of losing people so I forget about them completely.

I’m not much of a mid-fielder; I don’t like to hustle for hustle’s sake.  I am never half the player in practice that I will be in the game.

I am the perfect embodiment of a striker. I don’t know how to show that I am “on board”. I have been taunted, cursed at, beaten, bitten, tripped, and threatened. I have angered my own coach. On reflection I wouldn’t have had it any other way.

I averaged more than a goal/game.

Of course I have been talking about soccer. I’ve never been happier than during my time on the soccer pitch. Soccer is a game perfectly suited for restless people.

I’ve been writing songs again. I record them in one day, play all the parts, mix them and move on. Like my first influence, Neil Young, I’m always working on something new. I’m musically restless.

I record all of the parts myself. I don’t use punch-ins or digital editing. I will use digital editing to clean up tracks. I never use pitch correction software.

I think recordings should sound like they were made in a real room. I hate modern drum sounds and compression.

I love the work.

Sometimes I think I am the Trickster, a Sin-Eater. Then I realize how conceited that sounds, but I still wonder.