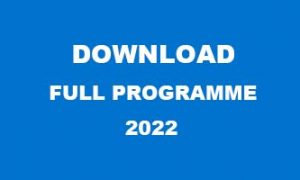 Here is the full programme for 2022. Short films at the Cineworld and The Sugar Club, live music and the awards ceremony at The Sugar Club. 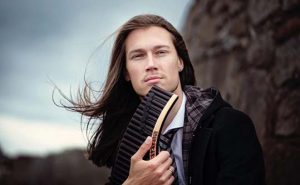 He is an ever-growing talented young artist, well known for his astonishing skills at playing the pan-flute. Many times he left the audience in complete awe with his virtuosity and wide repertoire, including pieces that would normally be played on violin or flute, ultimately rivalling the world’s top violinists and flutists. His unique technique and manner of performing make Iulian stand out from the crowd.
Iulian began his musical education at “Maria Bieșu” School of Arts in his home town in Moldova, Ștefan-Vodă( Shtephan-Voda), but most of his time as a student, he spent at one of the best Music Lyceum “Ciprian Porumbescu” (Chișinău, Rep. of Moldova) being taught by Ion Negură as pan-flute professor. After completing his Bachelor’s degree, Iulian decided to go into higher education, choosing to study at the most honoured musical institution in Moldova: The Academy of Music, Theatre and Fine Arts (Chișinău, Rep. of Moldova). In 2008, at 20 years of age, he became the Honoured Artist (Emeritus) of Republic of Moldova grantee. In 2013, he graduated with first-class honours a Master of Music (Performance) degree from DIT Conservatory of Music and Drama (Dublin, Ireland). He has been awarded top prizes at a great number of international competitions. First prize at “Remember Enescu” (Bucharest, Romania 2000) and Grand Prix at “George Georgescu” (Tulcea, Romania 2001), two-time ‘Delphic Games’ gold medallist (Bryansk, Russia 2002 and Kiev, Ukraine 2005), Gold Cup (Grand Prix) at international Art Festival “April Spring” (Pyongyang, North Korea 2005), ‘The Irish Freemasons Young Musician of the Year’ (Dublin, Ireland 2012) and many others.
Mr. Pusca is an active performer and pursues an international performance career. His tours across Europe brought him on numerous stages, playing with many well known musicians and performing as soloist with various orchestras, including the Moldovan National Philharmonic Orchestra, the Kishinev Organ Hall Chamber Orchestra (Moldova), RTÉ Concert Orchestra, RTÉ Vanbrugh Quartet, RTÉ ConTempo Quartet, Concorde Ensemble (Ireland), Heath Quartet (UK), the Jalas–Jarven Symphony Orchestra (Finland), Schwerin Symphonic Orchestra (Germany) and many other folk orchestras and renaissance ensembles such as:“Lăutarii”,”Folclor”,”Flueras”,”Mugurel”, etc. His extensive repertoire includes a wide range of genres, including classical, jazz, Romanian and Moldovan folklore music.