Advice for the Aspiring Screenwriters 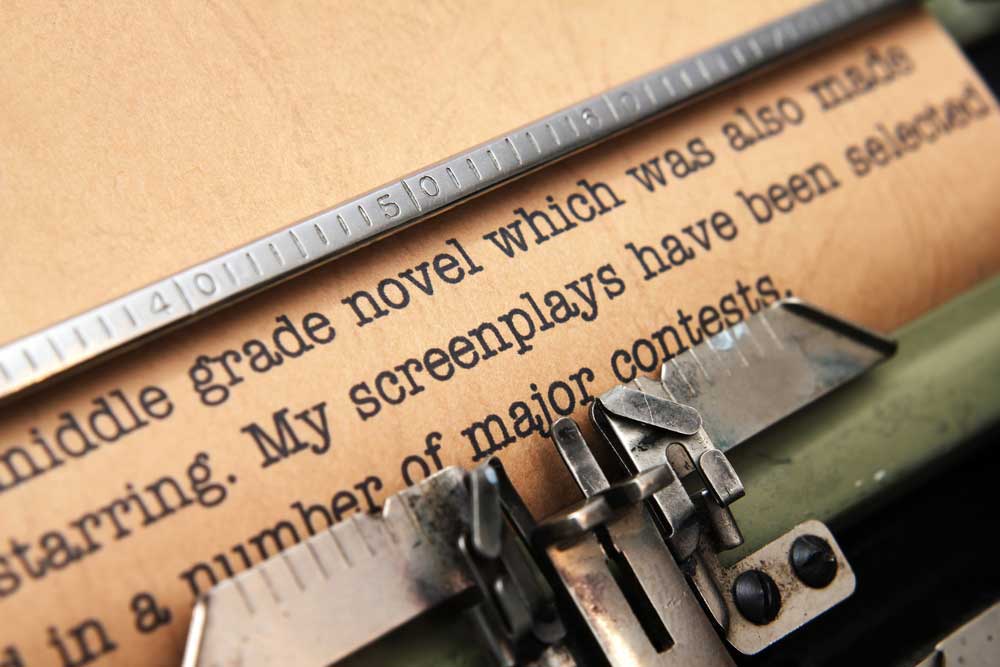 There are many articles about screenwriting on the internet—too many, if we’re really honest—but here are some suggestions we feel haven’t been made as much as they should be.

1. Do your research.  Check out websites like Wordplayer.com and JohnAugust.com, and books like Tales From The Script, Adventures in The Screen Trade, and others that will give you an idea—from actual screenwriters—of what it’s like to be a screenwriter, and what it takes to become one.  Find out if this is really something you want to do, before you put yourself through it.

2.  Somewhat of a correlative to Number One:  If you really do want to do something else, do it. Some people think being a writer is a good way into film.  It isn’t.  If you want to work on films, learn a tangible skill and get every chance you can to use and develop it.  If you want to direct, direct now.  Doing something else might give you a perspective on the thing you want to do, but there is no better teacher than direct practice.

3. Don’t write short films.  OK, write one if you have a great idea for one and it can only be made as a short film, but don’t expect much from it.  Don’t spend years on it: focus on features or TV series or web series instead.  One short could be useful but don’t get into the habit.  Besides which, writers don’t get much credit at the best of times, and they get even less from shorts.  And for a director, yes a short can be helpful as a way to show they can direct, but you can show your writing skills by writing a feature script.

4. Outside of Hollywood, the chances of making a living as a screenwriter are even more slim than they are in Hollywood, where they’re pretty damn slim, so don’t expect to make a living.  Also, you might as well direct, or produce, or if you really don’t want to, try to develop relationships with directors or producers that you can work with over multiple projects.  Then at least you’re making things happen, and you know you’re not going it alone.

5. Collaborating on a script can be great or terrible, depending on many different elements.  Often when people want to collaborate, what they want is someone to do the grunt work or to somehow make it easy for them (I don’t know about you, but I can’t make it easy for me, so there’s no way I can make it easy for someone else), or they’re not a writer and don’t really understand, or perhaps respect, what a writer does.

In my experience, there are two ideal ways to approach a collaboration. One is if it’s clearly one person’s project and the other is working for them, and the other is if both parties create the whole thing from scratch, together.  The latter usually works best if both parties already know each other, or have even worked together before.  Of course, there are always exceptions, but these two approaches have yielded the best results for me.  And there’s a lot to be said for working with someone—for one thing, if the film doesn’t get made, at least it’s entertained someone other than yourself.

6. Don’t send someone more than one script.  They won’t read more than one.  They might not even read the whole of one script, but they will criticise everything you’ve written based on the little they did read.  It’s better to send one script and some loglines.  Let them decide if they want to read more.

7. On feedback: Don’t automatically discard opinions, but don’t automatically go along with them either.  It’s good to show something to a few people, and get a range of opinions—and it’s certainly helpful if those are experts but it’s also good to get an opinion from a non-film person whose opinion you trust.  They’re more likely to say what the actual audience will say, and less preoccupied with rules and conventions, and there’s value in an opinion like “I didn’t like this character” or “I didn’t get why that happened.”  If you’re smart enough you can find the solutions yourself without being told what they are.  The worst people to get feedback from are people who’ve read one book about screenwriting and have decided they know everything, and just spout half-understood aphorisms.  That may be a little harsh, but those people really are annoying.

8. Don’t worry about plagiarism.  Most people are so in love with their own ideas, even if they’re terrible, that it would never occur to them to steal someone else’s.  Besides, there are only so many ideas and yours probably isn’t as original as you think—it’s the execution that will make it special.  And aside from that, if someone really wanted to take the credit for your script, all they have to do is direct it.